Albert Sharpe was born in about 1897, the son of John and Annie Eliza Sharpe in the village of Great Bromley, Essex. He enlisted in to the Essex Regiment in 1915 at the age of 18. 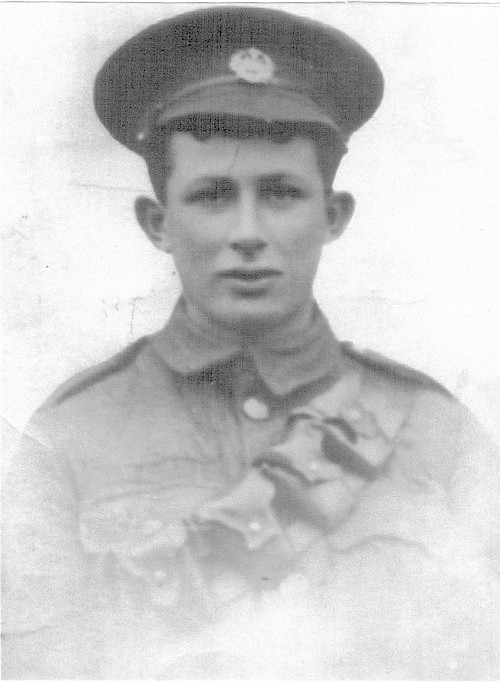 His service record does not survive but we do know that the 5th Battalion was sent to take part in the Gallipoli campaign – an attempt to force the Turkish out of the war by invading the Dardanelles.  Five divisions landed in April and another five in August.  The offensive was a failure and the area was evacuated in December 1915 and January 1916 after massive casualties.

Albert and his Battalion embarked on board the Grampian at Devonport on the 23rd July 1915. They arrived and departed Malta on the 30th July before arriving at Alexandria on the 2nd August.  From  here they sailed to Lemnos and on the 9th August transferred to the Hazel  for the final journey to Suvla Bay – arriving in the afternoon of the 10th.

On the night of the 12th August they moved forward to the second line trenches and experienced some sniping and shrapnel fire.  The 14th saw the battalion on the Anafarta Plain. They were ordered to advance to the relief of the 163rd brigade at 4pm.  The distance was about 1 mile and the Turks started to shell the moment they started the advance..  Matters got worse when a machine gun opened up on their flank causing many casualties amongst the Essex as well as the 5th Norfolk and the 8th Hants.  The days advance was to cost 14 dead and 60 wounded.  The next day was the 15th August – the battalion spent the day digging in and with very little sleep and not yet acclimatised to the weather they suffered several casualties from heavy sniping.  It is likely that Albert was one of these or possibly a casualty from the day before.

As an aside the 5th Battalion Norfolk regiment is known as the vanished battalion. On the 12th August they had advanced beside the 8th Hants and managed to advance a little ahead and to the right of them. 266 men and officers were last seen advancing into a wood. Not one of them was ever seen or heard of again. The case became famous because of The Sandringham Company – almost exclusively recruited from the Royal estate at Sandringham.  It was not until Sept 1919 that some bodies were found about 800 yeards behind the Turkish lines.  It is assumed that these are the remains of the 5thNorfolk’s. The story was made into a film starring David Jason “ All the King’s men”

In all Albert and 5 of his brothers joined the war – one of his older brothers, Robert had served as a regular prior to the war but was declared permanently unfit upon mobilisation.  Albert’s parents received a letter from the privy purse office at Buckingham Palace in July 1915 conveying
"His Majesty’s appreciation of the patriotic spirit which has prompted your six sons to give their service to the army."

Albert  was recorded as killed in action – 15th August 1915 aged 18 just 5 days after landing at SuvlaBay.  He has no known grave and his name is recorded on the Helles Memorial along with 21 000 other names