The clerestory is the walls, the stonework and glass at the top of the nave, and it supports the roof while allowing light in to the interior of the church.  The clerestory at St George's is particularly fine with a pair of windows for each bay of the nave arcade.  The stonework had eroded badly in places and the leaded glazing quarries were becoming loose.  This led to lots of cold air blowing down on the congregation but in some extreme cases, the panes of glass could drop in to the church, particularly on stormy days.  Clearly this had to be remedied urgently.

Work started with architects' assessment of the problem in 2008 and thereafter, funding and grants were sought. The work took some time but was completed in April 2013.  Not only has this restoration secured the glass, eliminated the draughts and replaced eroded stone, it has ensured the longevity of the stone by protecting it with a shelter coat of limewash and added new sills.  The work is clearly visible even from ground level and it has enhanced the appearance of the nave.  Below are some 'before and after' photographs of the problems and the work undertaken.

Here is a clerestory window, patched to prevent glass falling in to the nave and showing how uneven the glazing leading was. 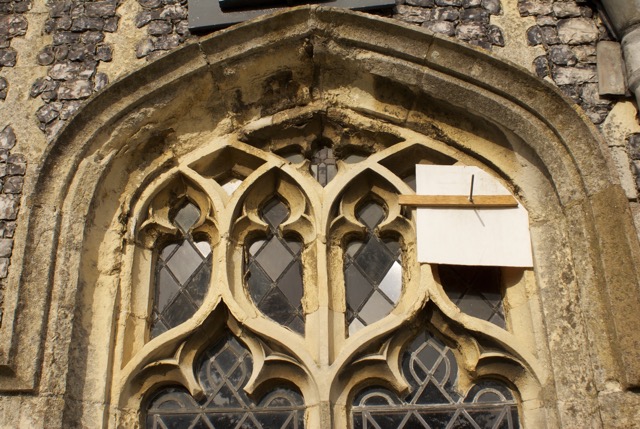 Here are the tops of two of the windows before restoration, showing badly eroded stonework. 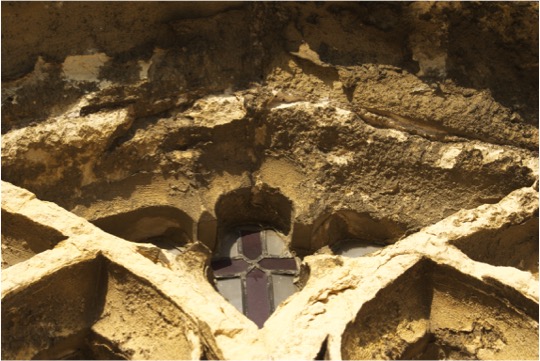 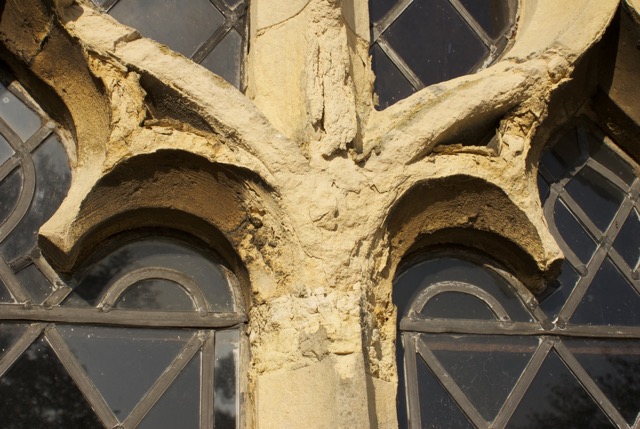 Here is one of the clerestory glazed panels being reinstated in a repaired window. 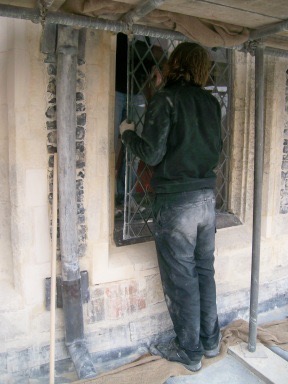 Here is a finished window, with new sills to stop water ingress damaging the stonework. 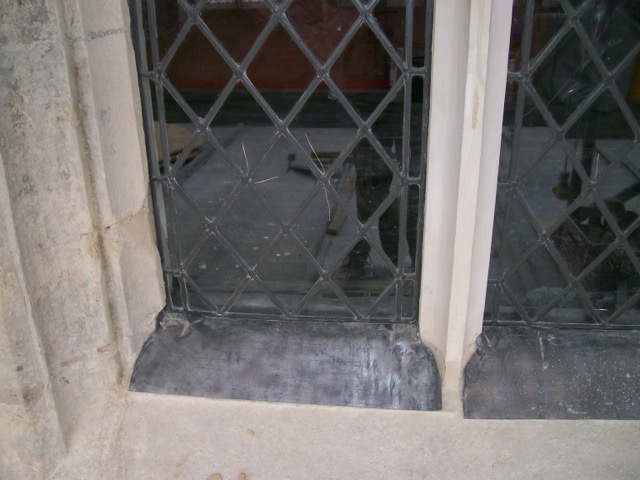 This photograph shows the smart new stonework with its shelter coat of limewash, new secure glazing and you can also see the detail of the flint flushwork that makes the exterior of the nave so memorable. 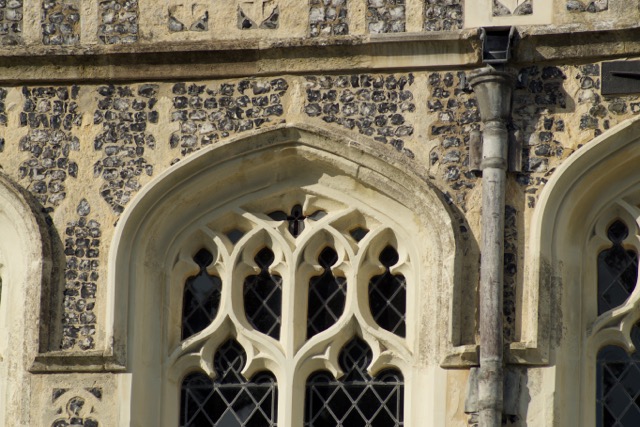 And here is a more general view of the repaired clerestory; it looks splendid. 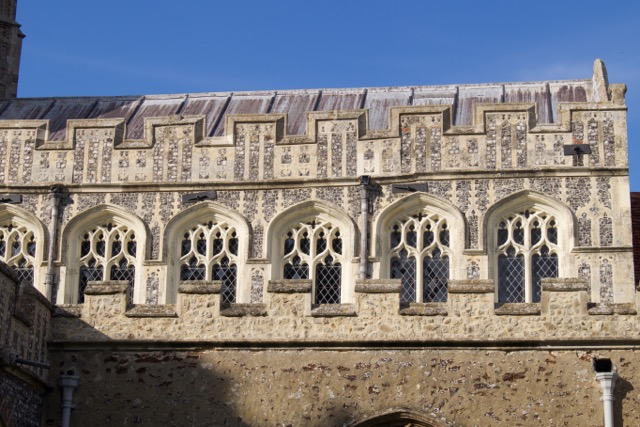