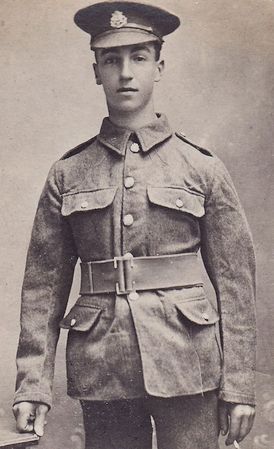 John Biddis was born in Great Bromley on 16th April 1899, most likely at his parents’ house St Mark’s Cottage, at Balls Green.

John’s father, John Thomas Biddis, was from Hampton in Middlesex and at the time of his son’s birth was a Police Pensioner, having retired from the Metropolitan Police in 1898, at the age of 42, possibly on the grounds of ill health as he had been injured the year before.  John Thomas Biddis’ first marriage had ended with his wife’s death in 1893, but 3 years later he had married Bertha Shirley, who was originally from Deptford.

John and Bertha left London when he retired and moved to St. Mark’s Cottage.  Their marriage produced 5 girls and 2 boys, although one child died in infancy.  John Henry was the couple’s second child. John Thomas Biddis died in 1913, at the age of 55.

We are not sure what young John did immediately after leaving school, but by early 1917 he was working as a Chauffeur. John volunteered for service in the British Army on 29th March 1917, just before his 18th birthday, though he was not called up until mid-May.  His surviving Service Papers show that at that time he was 5 foot 6 ¼ inches tall.

John was sent to France on 11th September 1918 and he joined the 6th Battalion of the Northamptonshire Regiment 12 days later.  Since July, the Allies had been launching a series of offensives which had forced the Germans to retreat.  These offensives would culminate with the Germans suing for peace and signing the Armistice on 11th November.

After coming out of the line, the Battalion spent the first 3 weeks of October in billets, initially cleaning and resting before they then starting a period of training.  The Battalion were back at the front by the evening of 23rd October, where they were due on the next day to take part in an attack to capture the village of Robersart, north-east of Le Cateau.  It is possible that this was John’s first time at the front.

The attack was launched early the next morning, and by midday the 6th Northamptons had captured their objectives. In the course of the day, they repulsed a German counter-attack, inflicted heavy losses on the enemy, and captured 250 prisoners.

In the course of the fighting, the Battalion suffered 73 casualties, including 4 dead.  John was one of those who was killed, aged 19, and was buried in Robersart Churchyard.

John was the last of the Great Bromley men to be killed in action, though he was not the last to die during the War.

I had an email a few years ago from Frédéric Hautecoeur and his wife who are English teachers in the little French village of Robertsart. They were curious as to why John Biddis was the only British soldier in their churchyard, when there were further casualties at the time that he was killed. That question has yet to be resolved. They kindly sent me a picture of his grave that the locals honour. HF 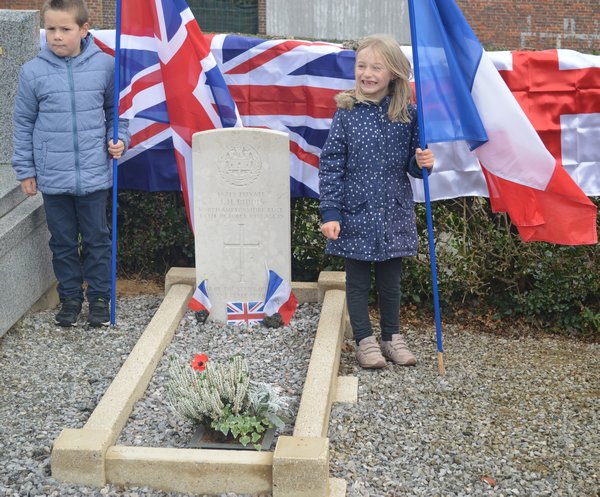 We were very pleased to be obtain the uniformed picture of John Henry Biddis, above, and also one of him as a boy with his bicycle pictured in the kitchen garden at Great Bromley Lodge. Reproduced with grateful thanks to his niece Mrs Gwen Tickle, via her grandson Rhys Nicholas. 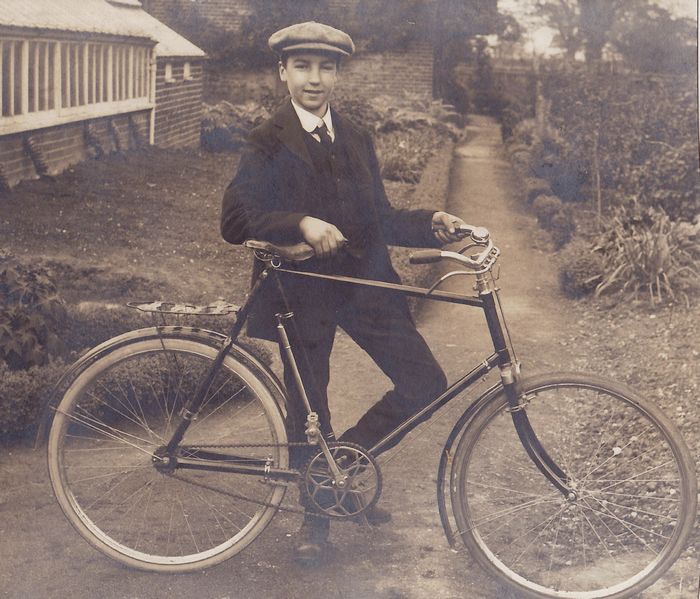