The entrance on the eastern edge of the churchyard is through the handsome Victorian lychgate. This is elaborately carved in the gothic style and was originally intended to shelter the bier at funerals. The silvery oak of the lychgate was in a poor state in places, rotting and the whole structure was in danger of collapsing. Craftsmen with skills in traditional boat building were selected to cut out the rot and bolster the structure with new, seasoned oak. Here are some photographs of the problem and the finished work.

Here is the lychgate 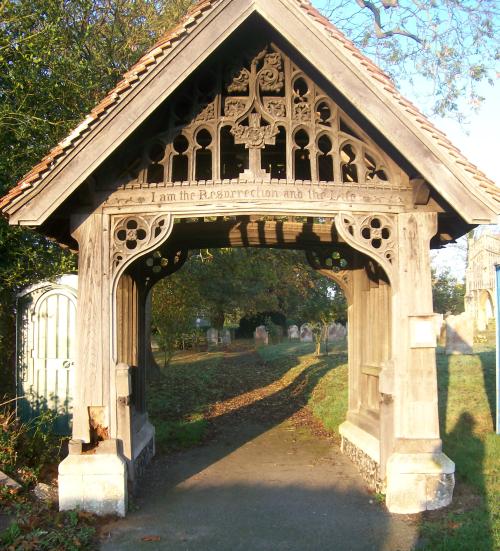 A close-up of one of the piers shows the rot at the base which was jeopardising the structure. 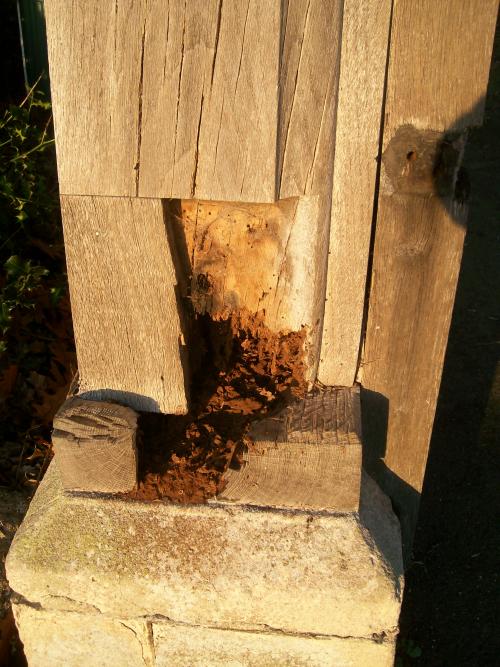 Here is another piece of rotten oak which had been removed from the lychgate. 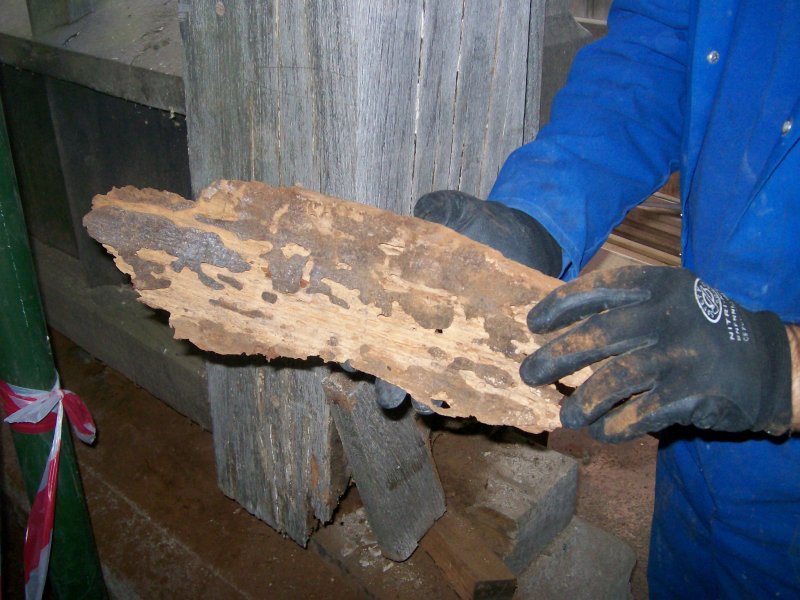 The workmen shut off the lychgate to protect the public. 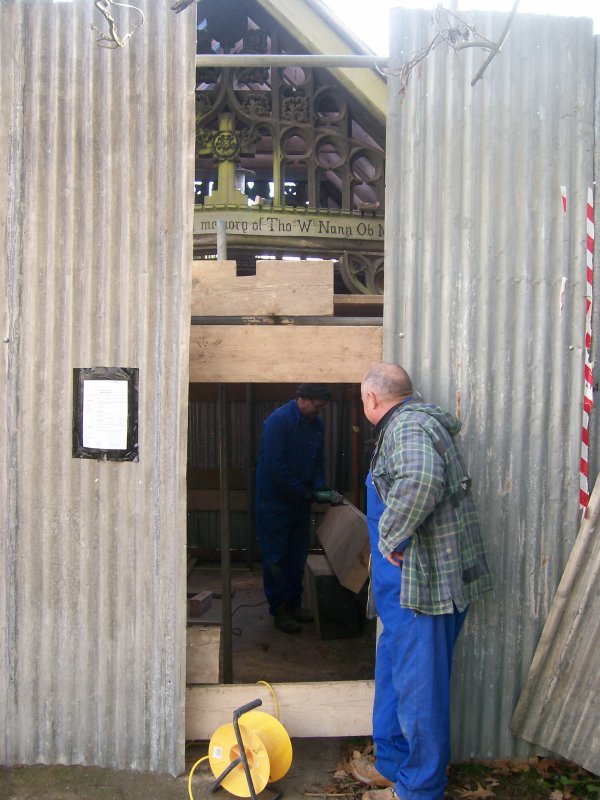 This is a seasoned oak beam which was used to repair the frame of the lychgate. 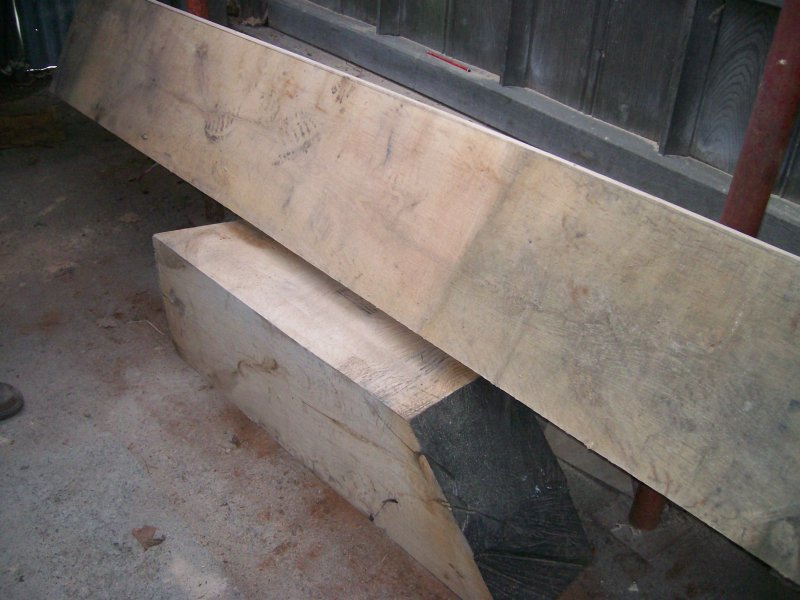 This is one of the gates with the repaired sections clearly visible. They will shortly become silver like the rest. 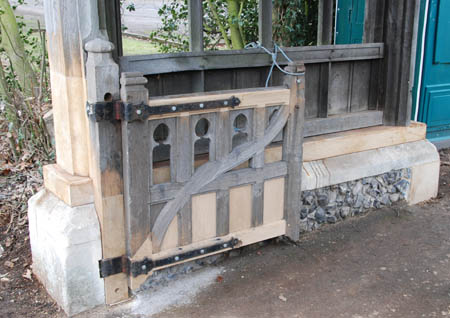 After the completed work on the lychgate, you can see the light-coloured wood on the south side foundation, pier and gate. It was so well done that after a few months it is difficult to see what is new and what is original. 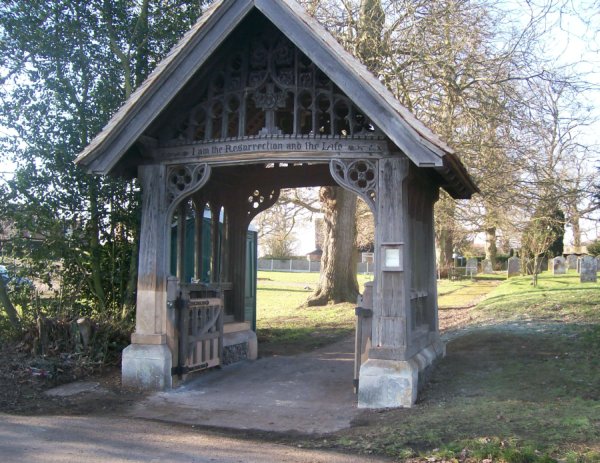